There is some confusion as to how the electronics portion of electric guitars and basses are powered and how the circuitry is turned off when not in use.

Some musicians don't understand why their battery goes dead after a short time and sometimes it lasts for over a year. Understanding how the electronics is powered and turned off will solve a lot of misery and mystery.

The battery can be one or two AA batteries or a 9 volt. It may be located at the end of the guitar where the strap is attached, inside the sound hole sometimes Velcroed close to the sound hole, or on the very back of the body in a battery compartment. On some acoustics it is behind the EQ or tuner cutout on the side of the guitar facing up when holding it.

Very few actually have a power switch but some have a switch to turn on the tuning module or equalization electronics. For the most part the electronics are switched on by plugging the 1/4 inch instrument cable into the jack on the guitar. Obviously leaving the plug in will eventually drain the battery but it may take awhile, sometimes a few weeks or so depending on the electronics and health of the battery. Therefore it is important to unplug the jack when not in use.

How do you know when the battery is dead or dying? Fortunately a dying battery will give you some kind of warning like a partial loss of sound level or some distortion. When should you change your battery? It will depend on how much you play through it. If you are a musician and play a few times a week, you should replace the battery at least once every six months. If you are a very active talent and professionally play weekly at events, you should replace the battery just before the event. If you rarely play or store your guitar you should remove the battery so it won't leak and damage the battery holder. I always use a Sharpie and write a date on each battery so at least I know when it was installed.

How does the electronics switch on and off?

When you plug a standard instrument cable into the guitar the plug will short the negative lead of the battery to ground thus turning on the electronics. 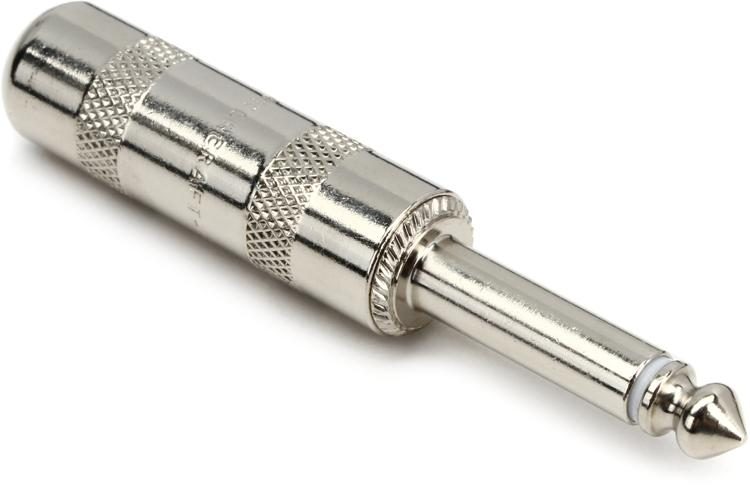 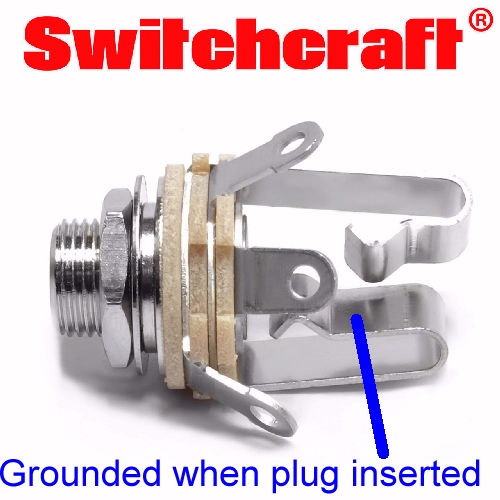 As you can see on the pictures above, the side of the plug shorts the "ring" connection to ground. Unplugging the cable will open the battery ground and turn the electronics off. Below is a schematic showing how the battery is disconnected. When the plug is inserted the "ring" shorts to ground. The "tip" is the audio wire. Note that some jacks aren't like the above and are long cylindrical type as found in acoustic guitars or solid body electrics.

Most musicians playing live will mute the sound so there won't be a loud pop coming over the sound system when unplugged from the guitar. The loud pop develops when the plug is partially inserted and 9 volts appears on the audio wire. Muting can be done when you use a tuning pedal which automatically mutes the audio to the sound system or guitar amplifier. As a general rule you should disconnect the cable from the amplifier or direct box end first thus eliminating the pop.

This method is also used when effects pedals are powered on a battery. It is usually switched using the input jack of the pedal.