In recent years I had a need to provide music from an event coordinator's Iphone for a beauty pageant. They wanted to play different types of music at certain times during the performance of the pageant. As the sound man, I usually obtained the songs from flash drive or CD from the coordinators and a list of songs and when to play them. But times have changed and last minute changes to the performance, music and lists, made it difficult for me to insert and fade up and down songs at the right time during the performance and the last thing you want to do is play the wrong music at the wrong time. I found it was easy for them to play the songs from their own Ipod or Iphone at the precise times they wanted and all I had to do was fade it down when the announcer spoke. They plugged a special cable (Magic Cable) from their player into my wireless Sennheiser belt pack transmitter and they could play the songs right on the stage at the proper time. 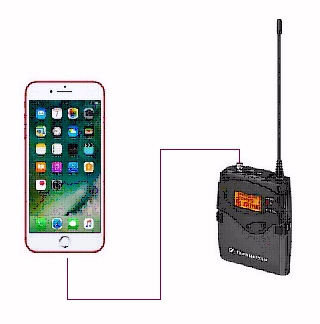 They could also move around on stage without being tethered to my system. More recently, newer Iphones now use Coursin Lightning™ or other outputs. Keeping adapter cables for many types of mp3/music players had become a challenge.

Newer Iphones and Androids have Bluetooth capabilities. So I thought it was a simple task for them to just wirelessly play their songs with no other cable/adapter/beltpacks and all I had to do was have them pair their phone to a Bluetooth receiver somewhere on the stage that interfaced with my audio snake or wireless transmitter. Simple. Yes? No!

As of this posting I have not been able to find any Bluetooth receiver with a 3.5mm output jack that I could tap into. I went to Best Buy, Walmart, etc. to find a suitable Bluetooth receiver. There were none. Not one receiver had a 3.5mm jack that would mute the Bluetooth speaker and send the audio to my system. Any 3.5mm jacks on the units I evaluated were audio inputs and not outputs. The inputs were for using external mics for speakerphone usage only.

This became a challenge to me. So I decided to modify a low cost waterproof Bluetooth speaker and insert a 3.5mm jack to mute the speaker and send the audio out of the new jack. I found a $39 Sony SRS-XB10 Bluetooth unit that had a 12 hour rechargeable battery life and in clear space could work about 25 or so feet reliably. 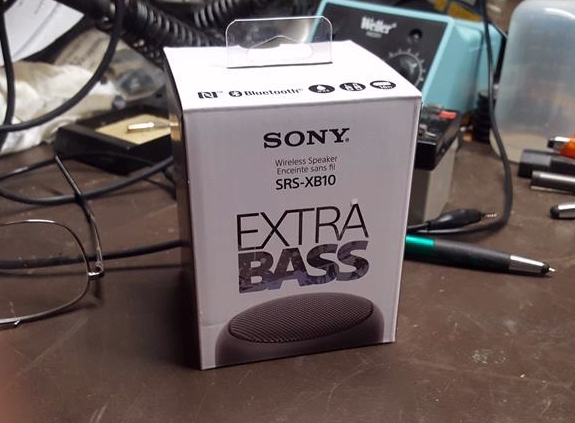 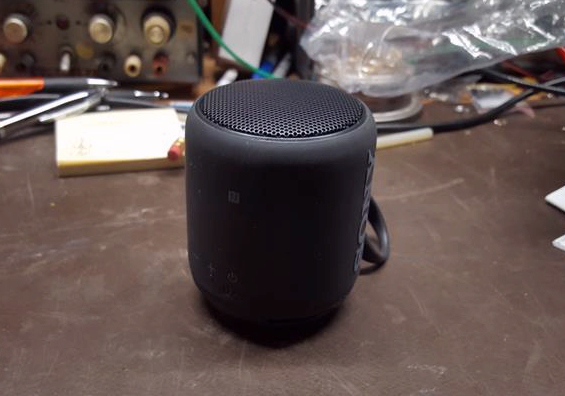 My first task was to open the case and inspect where I could tap into the speaker. I found that I could peel off the rubber base, and remove four #1 Phillips screws hidden behind some white silicone caulk. 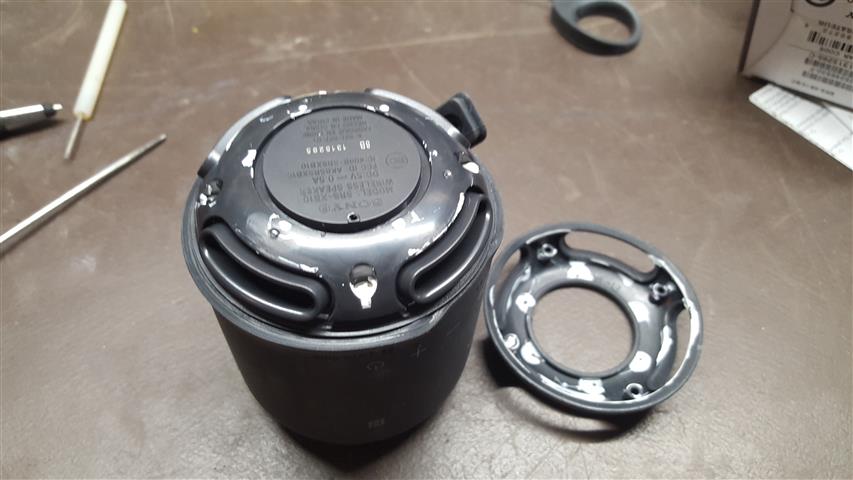 Once the screws were removed I pried open the base to expose the circuitboard. The base cover is actually part of the speaker acoustics so be careful in keeping the integrity of the base. 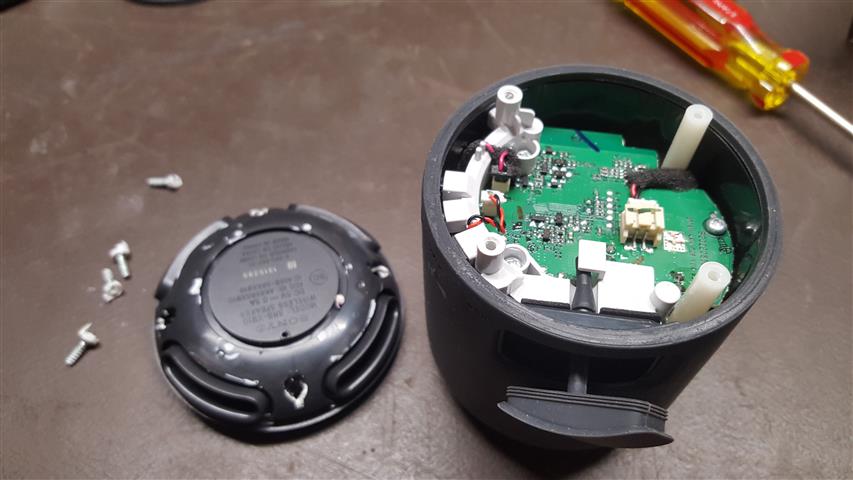 As noted in the picture below, the two conductor connector (circled) runs to the speaker. 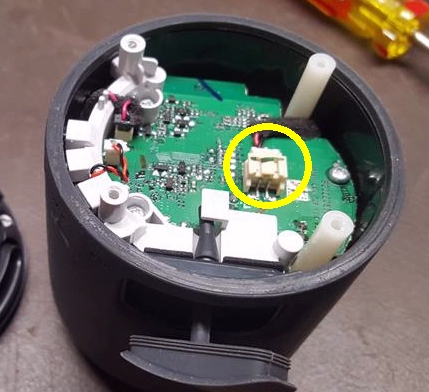 All I needed to do was drill a hole for the new 3 circuit, 3.5mm stereo jack and glue it to the case. Of course this defeats the waterproof feature but that wasn't a concern of mine. 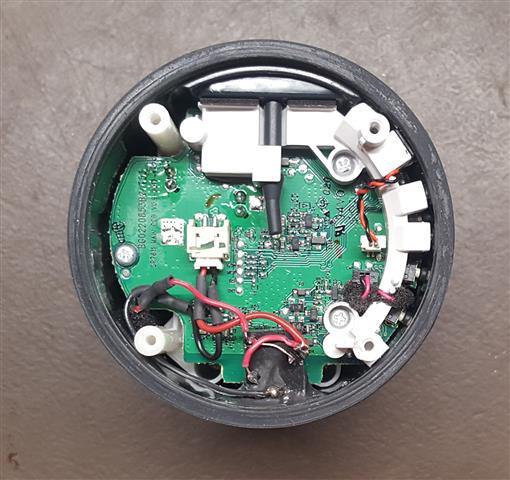 I wired the jack, obviously mono audio so it could still be used as designed with the speaker functioning and for test purposes. 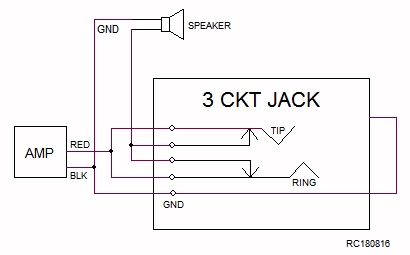 If your not sure a 3.5mm plug will be a 2 ckt mono or 3 ckt stereo plug you can use the drawing below with the additional resistor in the ring circuit. This will protect the output stage from a direct short if a 2 ckt mono plug is inserted. 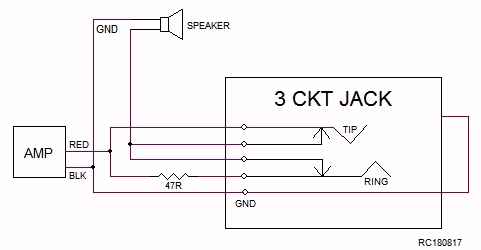 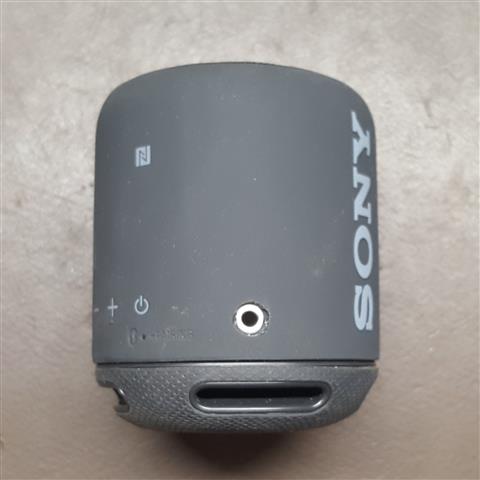 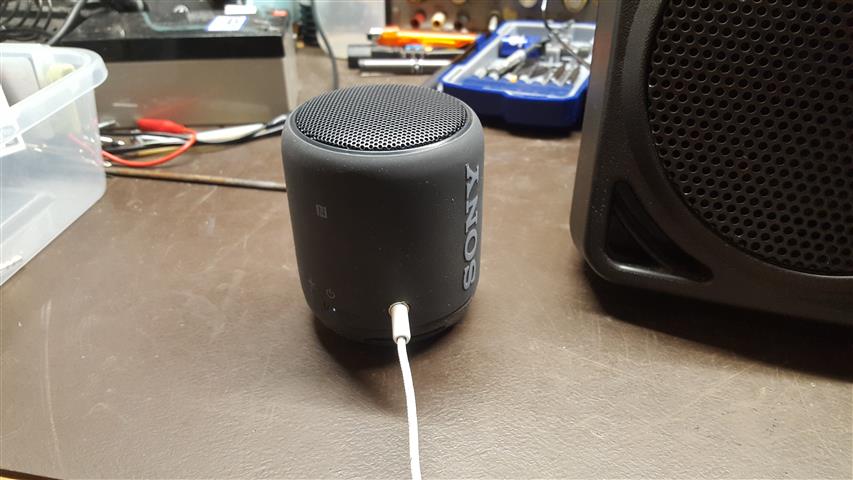 When you insert a plug into the new jack, the speaker mutes and the tip and sleeve (even though mono) provides sufficient audio to run to my sound system via a direct box or wireless beltpack. Just remember you cannot use a mono jack because it will short the sleeve output to ground. Always use a 3.5mm stereo (3 circuit) plug so you don't short the output.

This mod has allowed me to successfully pair a customer's Bluetooth device to my system without physically touching anything in my system.

One word of caution, be aware the equalization may have to be adjusted on your mixer to roll off some of the highs and lows. This is because the inefficiency of the internal speaker has to be compensated for by boosting the highs and lows. Not a significant problem but you should be aware of it. Also be careful the drill bit doesn't come into contact with any parts mounted on circuitboard when drilling from the outside.

I'm still looking to see if they will eventually come up with an off the shelf unit but I'm not holding my breath.

Please let me know if this page was helpful to you.